JIANGYAN, CHN – Headwinds and tailwinds dominated the bike race in China on Thursday, leading the peloton to race flat out on the two-turn circuit in stage four at the Tour of Taihu Lake.

Sam Brand and David Lozano popped into several of the dozens of mini-breakaways during the 98km day, but a hungry chasing pack brought back each and every one of the attempts to escape. After two hours the entire peloton crossed the finish line together, with New Zealand’s Dylan Kennett sprinting for first.

The world’s first all-diabetes pro cycling team continues its second of three Asian stage races at the Tour of Taihu Lake this October. In September the USA-registered squad competed in the two-part Tour of China, and a fresh batch of riders will return later this month to finish up the season at the Tour of Hainan.

The Tour of Taihu Lake continues through Sunday, racing 146km in Friday’s stage five before heading into a fast weekend finale.

“It was another really fast day. I think it was almost 49km/hour today. The stage was always going to be determined by the wind. The wind was actually a head and tailwind, so a tailwind down and headwind back to the finish. So it made it slightly easier than if there was a crosswind all day.

But we all stayed together. We had a few hits off the front, but nothing would stick. It stayed in the group all day- fast, action-packed. It was tough, but we managed to hold our own. We got away a couple of times, but were brought back after a few minutes. But that’s bike racing- it happens- and we did our best to get Charles up to the front at the end.

Another stage tomorrow. We’ve got 140km, the longest stage of the Tour of Taihu Lake, so I’m really looking forward to be off the front and aggressive, and see how we go.” 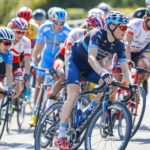 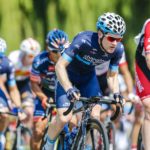