Peloton Mourns After a Tragic Day at Tour de Pologne

Katowice, Poland — Tragedy shrouded stage 3 of the Tour of Pologne with the devastating news that 22-year-old Bjorg Lambrecht of Lotto Soudal had died following a crash during the stage.

Team Novo Nordisk’s Charles Planet extended his lead in the King of the Mountains jersey after another day on the breakaway and his teammate Andrea Peron sprinted to 8th place on stage 3.

Clad in in the pink “King of the Mountains” jersey Planet, who also started the stage in the lead of the most active rider competition, showed his fighting spirit by going on the attack for the third day in the row and successfully making the breakaway.

This time the 25-year-old Frenchman had Adrian Kurek (Polish National Team) and Evgeny Shalunov (Gazprom Rusvelo) for company. The trio extracted themselves from the peloton in the early stages and quickly opened a gap of over three minutes. With a bunch finale on the horizon the World Tour Teams were content to settle into a controlled race and Planet made the most of the opportunity at hand to take the only KOM up for grabs as well as winning the intermediate sprint, virtually placing himself in the Yellow Jersey.

Meanwhile in the bunch a crash took down two Team Novo Nordisk riders, Joonas Henttala and David Lozano, respectively but both were able to get back on their bikes and conclude the stage.

As the race entered the final circuit in Zabrze the sprinters teams drove the chase and the advantage of the escapees started to dwindle. As they entered the final lap the bunch was hot on their heels, 15 seconds adrift. Soon after Charles Planet crashed in a roundabout with less than six km to go and was taken out of contention in the fight for the stage win. Fortunately he was able to finish the stage and keeps both the KOM and blue “most active rider” jerseys.

In the bunch gallop Italian Andrea Peron sprinted to 8th and scored Team’s Novo Nordisk second Top-10 in a World Tour race, after taking 8th earlier in the season at Tour of California. Pascal Ackerman (BORA- hansgrohe) was declared the winner after Fabio Jakobsen (Deceuninck-Quickstep) was relegated for irregular sprinting.

The day concluded with the tragic, heartbreaking news that Belgian Bjorg Lambrecht (Lotto-Soudal) had passed away following a heavy crash earlier in the stage. A day of mourning for the cycling community.

“The day started well for us, with myself in the breakaway. I took the bonus seconds in the intermediate sprint and the KOM. At the end, I was feeling good but had a bad crash in the last 6 km. When I finished the stage I was told about the death of the Lotto Soudal rider. I saw him this morning and this is a big tragedy for cycling. I had a crash but I cannot complain about anything because the truth is I have no serious injuries, I just lost some skin and at the end of the day that is meaningless compared to what happened. The entire team and I are in big shock and this is a really terrible day.” 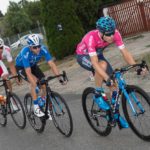 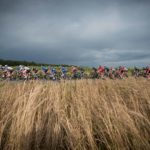