Chengde Yongqian, China — The 2019 edition of Tour of China served up a 7.8km individual time trial on stage 2 and Team Novo Nordisk showed significant improvements in the discipline with Stephen Clancy taking the top result for squad with a 23rd placing, just 29 seconds shy of the winner.

The wind played a key factor in the race against the clock with the riders facing strong headwind in the last third of the course.

Italian Mirco Maestri (Bardiani – CSF) was the fastest on the day and seized the leadership in the overall classification with a time of nine minutes and 17 seconds.

Team Novo Nordisk’s Stephen Clancy stopped the clock at nine minutes, and 46.7 seconds to finish just outside the top 20. Our Irishman sits in 23rd place in the general classification.

The world’s first all-diabetes pro cycling team will continue to race in China next Tuesday, with a 138.6 km stage in Huangshi in the Tieshan province.

“As expected it was 7.8 km full gas and the wind played a big role. It picked up during the day but that was good for us because we had some early starters. I think we can all be happy with our performances. Stephen (Clancy) was the fastest in the team, finishing just under the 10 minute mark. Tomorrow we have a transfer day but we’re ready to go all out in two days time.” 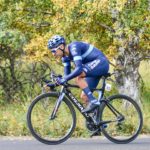 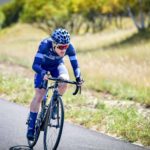