Ningyuan, China — Team Novo Nordisk concluded the 2019 edition of Tour of China I this Saturday with the sixth and final stage taking the peloton on a 132 km undulating course between Yongshou and Ningyuan.

The race was full on from the start with the main field staying together for the first of two 50.2 km laps, that included on Cat-4 climb. Unlike the previous days the stage was quite hilly and a small breakaway was able to surge ahead after nearly an hour of racing.

However, the hard parcours meant the escapees were swiftly caught before the race reached the KOM for the second time. At this stage the peloton split and Team Novo Nordisk did very well to stay up front with both Australian Declan Irvine and Swiss Oliver Behringer. The lead group of around 35 riders stayed away and decided the stage win with Ukranian Mykhaylo Kononenko (Shenzhen Xidesheng Cycling Team) claiming his first win of the season.

Neo-pro Irvine crossed the line in a solid 18th place and moved up 17 spots in the GC to finish the race as the best placed Team Novo Nordisk rider in 27th position. Teammate Oliver Behringer was 21st on the day, a solid result from the 23-year-old, who had been a breakaway protagonist on stage 4.

Next Monday, Team Novo Nordisk returns to action on Chinese soil for the start of Tour of China II.

“Today the stage went a little different than expected. The lop was quite hilly and the KOM was an actual short climb. On the first lap of the circuit everything stayed together but eventually a small group went away. After the breakaway was caught the peloton split up on the KOM and I stayed with the front group. Declan (Irvine) was in a small group just behind and quickly regained contact. The win came after a late attack with 5km to go. I had good sensations and finished strongly as did Declan. The team showed a good performance over these six stages with Mehdi (Benhamouda) scoring a podium and we are ready to fight again on Tour of China II.” 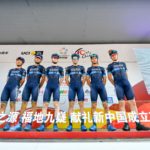 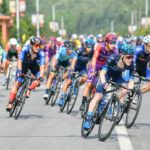