Calabria Goes on the Attack at Colorado Classic

Breckenridge, Colorado — Billed as the hardest stage of the four-day Colorado Classic, Stage 2 proved to be a test of endurance and willpower. The 103-km race featured 10 laps around Breckenridge and included more than 2,133 meters of climbing up the leg-crushing Moonstone climb.

Yet the pace proved too challenging for Owen and Moshchetti, so Eisenhart and Eaton set off together. Quickly a 13-man chase formed with Jhonnatan Navaez (Axeon Hagens Berman) taking two laps to eventually bridge up to the chase.

On the sixth lap, Eisenhart distanced himself from Eaton and was off the front solo. Despite the efforts of a large chase group that splintered the peloton, Eisenhart hit the final lap with a 30-second advantage.

Pete Stetina (Trek-Segafredo) and Alex Howes (Cannondale-Drapac Pro Cycling) attacked the chase and caught Eisenhart on the final pass up Moonstone. The trio continuously attacked each another on the descent into Breckenridge. In the end, Howes outsprinted Eisenhart for the win.

Team Novo Nordisk, the world’s first all-diabetes pro cycling team, is currently competing in two races: the Arctic Race of Norway and the Colorado Classic. Saturday’s Stage 3 of the Arctic Race is a 185.5-km race from Lyngseident to Finnvikdalen while Stage 3 of the Colorado Classic is a 130-km out-and-back run from the RiNo race hub to the mountains west of Denver. 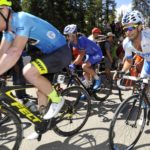 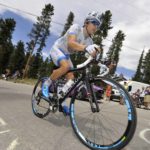