Attacks began early on, and as the group approached the first climb, seven riders managed to pull away to form the day’s main break. The Team Novo Nordisk strategy for the day was to work for David Lozano, Charles Planet and Javier Megias on the climbs.

The peloton splintered as they descending the day’s first climb, and Team Novo Nordisk riders Lozano, Planet, Megias and Martijn Verschoor emerged with the lead group. “It was not perfect stage for us,” Team Novo Nordisk SVP of Athletics and GM, Vassili Davidenko said. “It was a little bumpy and could’ve been better, but we did what we could.”

Verschoor and Lozano lost contact as the group ascended the second and longest climb, leaving only Planet and Megias among the front group. Inside 40km to go, the break was caught and the bunch shattered, but Megias still remained with the leaders. As the group began the steep descent, Megias made his way to the front in an effort to stay out of trouble. But as he did, the Spaniard was caught behind a crash which also took him down. Megias was uninjured but required a bike change, which cost him to lose position.

“It was not a lucky day,” Megias said. “The last laps were the hardest and steepest- really hard- but I was feeling good and recovering positions, even after the crash and bike change forced me to lose my position. But unfortunately I wasn’t able to get back with the first group. Today was a day to forget, but tomorrow is another day- and it should be a good stage that’s adapted to my skills. So I will try to do my best to try get a good result.” 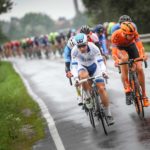 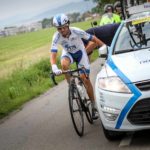