The race’s penultimate stage was comprised of 35 laps through downtown Chicoutimi, and teams were on the attack at the first lap. A group of 11 riders managed to pull away at the halfway point, and with no race leaders present, the peloton was content to let it go.

The Team Novo Nordisk squad was able to stay at the front for the remaining laps and made several attempts to bridge the gap, but as the race entered its final lap, the 11 leaders maintained their advantage. Benhamouda managed to get into position for the bunch sprint, but the breakaway could not be caught, and the 21 year-old finished 14th, 0:17 behind stage winner Travis Livermont (Astellas Cycling Team). 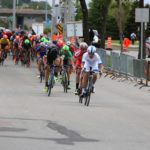 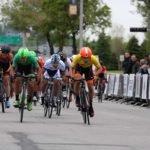