Utsunomiya, Japan — Team Novo Nordisk’s Martijn Verschoor finished just outside the top 10 when he sprinted to 11th place at the Japan Cup Criterium.

Saturday’s 15-lap criterium around downtown Utsunomiya took place on a 2.25-kilometer circuit with two u-turns. Several riders attempted to escape on the initial laps, but it wasn’t until Joey Rosskopf (BMC Racing Team) and Ben Hill (Attaque Team Gusto) broke free several laps into the day. With Trek-Segafredo controlling the peloton, the duo was reeled in for the final lap. The race ended in a bunch sprint with Fumiyuki Beppu (Trek-Segafredo) taking his second consecutive win.

“Today was fast from the start, even after the breakaway went,” Team Novo Nordisk’s Charles Planet said. “It was good to test my legs before tomorrow’s road race. I could tell that I’ve worked through my jet lag and had some speed in my legs. Javi [Megias] and I have both focused our training for the past few weeks on tomorrow’s race, so hopefully we will get a good result for Team Novo Nordisk.”

The world’s first all-diabetes pro cycling team continues racing at the Japan Cup on Sunday with the 144.2-km road race. The riders will complete 14 laps around a 10.3-km course. In China, a different squad will take on the second stage of the Tour of Hainan. 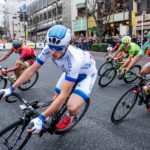 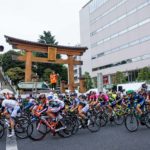