On the lush green lawn of a colonial-era inn in Embu, Kenya, parents who recently met were sharing some deeply personal memories and fears.

“She was sick, sick, sick – we were moving between health facilities and we couldn’t find the cause,” Jenimah Mwihaki said.

Line Consolata Waita nodded. “My son was diagnosed when he was only 12 years old. He’s my first one and is my heart. I thought – no, not that.”

“My son, he thought that after diagnosis he wouldn’t live 10 years,” Boniface Maina Muriithi said.

Nearby, their children – ranging in age from 5 years old to their early 20s – dribbled footballs, jumped rope, and exercised to the shrill thwwt of a facilitator’s whistle.

They were all participants in the Diabetes Youth Camp that took place from 24-27 January, 2020. Organised by the Kenya Diabetes Management and Information Centre (DMI) and Kenya’s Ministry of Health, it was the latest in a series of camps providing Kenyan young people with diabetes and their parents new skills, support and not least hope.

A need to come together

The camps build on a foundation laid by Novo Nordisk and the World Diabetes Foundation (WDF). The first camp, in 2008, was supported by a WDF fundraiser. In 2012, Kenya joined the Changing Diabetes® in Children (CDiC) programme, which provides additional support for Kenyan youth with diabetes. This includes supplies of human insulin and blood glucose monitoring equipment, training support for health care professionals, educational materials and HbA1c and more.

Today, the camps are a central element of Kenya’s support for children and youth with type 1, with a focus on self-management. Newly diagnosed patients are sent to camp as soon as possible. If healthcare workers are worried about a child, they may send him or her back to attend again.

Initially, the camps were just for children, said Catherine Karekezi, Medical Director for DMI. In 2015, the concept was expanded to include parents.

“We realised we were teaching children, but the parents were getting left behind. There’s really a need for parents to come together and share their challenges. I think for them it was a big relief just to realise that the children can learn how to manage for themselves and they can have fun like any other child as long as they know what to do.”

To encourage this independence, children and parents learn and sleep separately. At the January camp, the advantages of this were clear. In one room, parents listened intently to lessons about diabetes causes, treatment and complications, some with younger children drowsing on their laps. During an insulin lesson they injected themselves with empty syringes to check their technique; during a footcare session they examined each others’ feet.

In another room, the children received a kid-friendly version of the same instruction. Here, the agenda included pre- and post-meal blood sugar measurements, insulin injections and discussions of the results. Regular breaks for song, dance and silliness kept energy levels high. 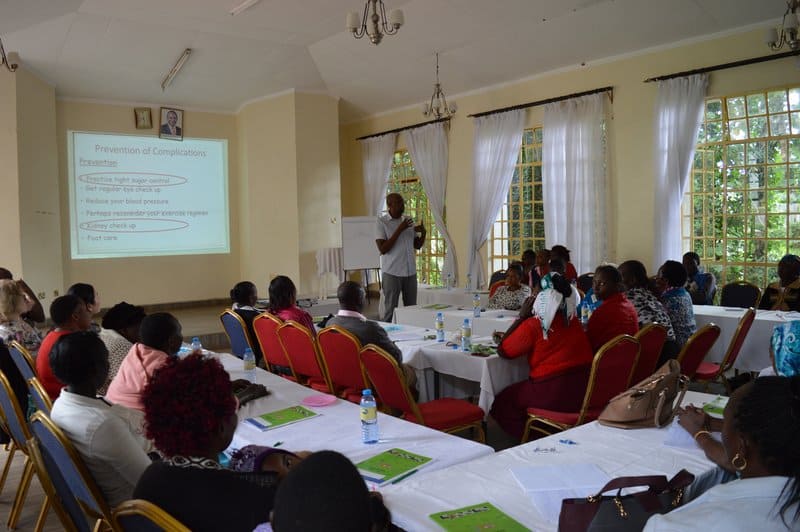 For some parents and children, camp is the first time they have been apart since diagnosis. One important goal is to show that children with diabetes can become independent and grow up to live fulfilling lives, Ms Karekezi said.

She recalled an incident from the January camp’s first night with a smile:

“The parents of two small girls had been telling me about their concerns about letting their children be independent. And suddenly the girls ran in and said “Mom we’ve injected ourselves today and it doesn’t hurt!”

“The mothers were like, ‘Okay, you can do it? So I no longer have to inject you?’ And the girls said ‘Yeah, everybody here does it for themselves.’

More children are out there

Zachary Ndegwa, a project officer with the Kenyan Ministry of Health’s Division of NCDs, was also in Embu in January, teaching and offering support. The camps are an important part of Kenya’s larger diabetes response, he said.

“We have about a 5000-10000 children with diabetes in Kenya. But our system is currently following only about 2000 or 2500. Meaning that the rest of the children are out there, some of them with severe malnutrition or severely wasted. They die in the wards because nobody knows that these children are lacking insulin.”

The Ministry of Health is supporting health authorities in each of Kenya’s 47 counties to address this. More than 5,000 healthcare professionals have been trained, and a second edition of Kenya’s national diabetes guidelines was distributed in 2019.

The camps are the next part of the equation. After participating in a camp, children and youth show improvements in growth and HbA1c levels, and decreases in hospital admissions, Mr Ndegwa said.

“These camps have given us a big, big advantage in terms of improving diabetes care.”

“We’re really thankful to WDF for funding the project initially, and to Novo Nordisk for the CDiC programme which has really made a difference in the lives of children living with type 1 diabetes in Kenya,” she said. 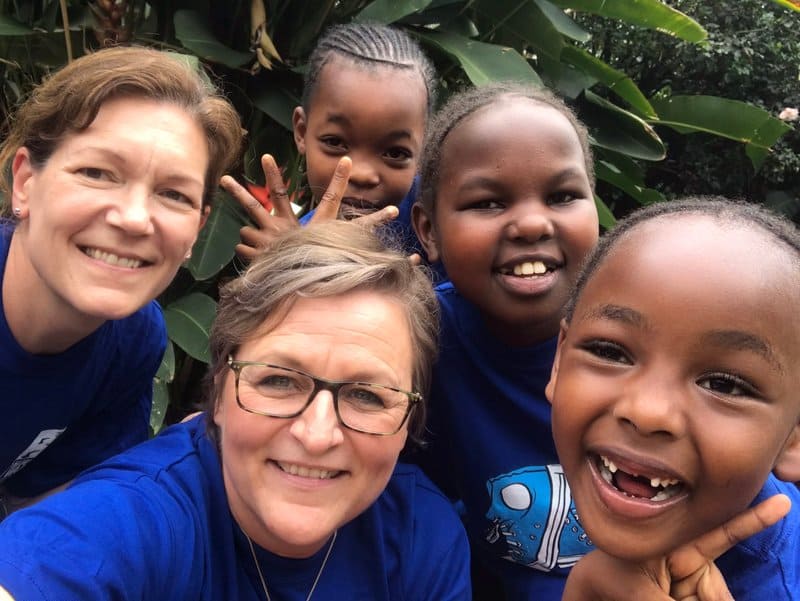 As the three-day camp drew to a close, Boniface shared some news: John had controlled his blood sugar levels all weekend – and was able to reduce his insulin dose as a result.

“He was so excited, proud,” Boniface said, smiling in wonder.

Then the parents gathered for their final agenda item: ‘The Diabetes Journey’. Doris W Macharia, a healthcare professional and mother to a daughter with type 1, shared her own dismay at the diagnosis – and what she’s learned since.

“As a parent, you have these fears – when she’s far from me, she might die – right?” she said. Her audience nodded. “As parents, let us support our child. Talk to them, and watch their sugars, but not too much – they have a life to live.”

“Have you changed? Will you never be the same again?” she asked, waving to encompass the room, the weekend, the camp.

The parents in the room laughed and responded as one – “Yes!” 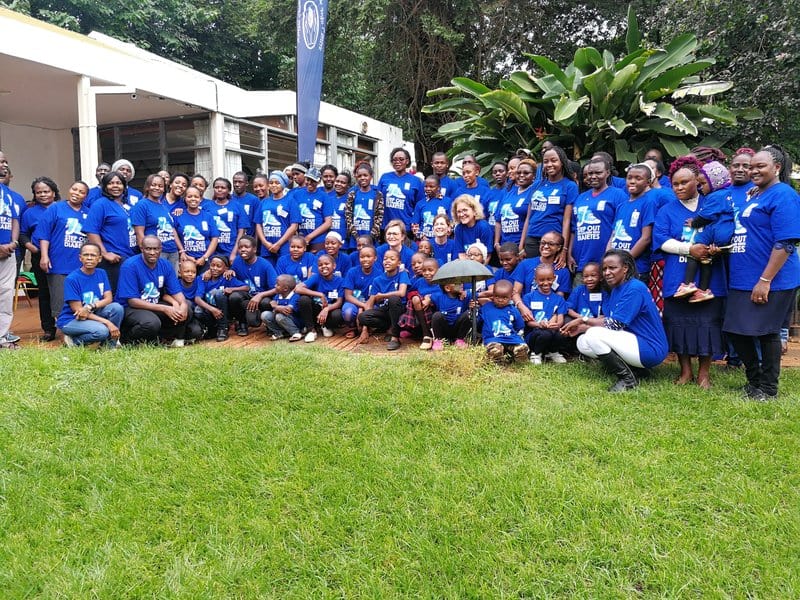 Team Novo Nordisk heads to France for the Paris-Tours, final race of the 2020 season.