Sam Brand’s Team Novo Nordisk career began as a member of the elite triathlon team. In 2013, following his qualification to race at the ITU World Championships, he gained the attention of Team Novo Nordisk and joined the program the following season. In the below interview, he talks about postponing his dreams to first finish university before this opportunity presented itself again.

The season on the bike went really well. I used lockdown effectively. I only started cycling in 2016 so I used lockdown to my benefit so to go from so far behind to catch up by focusing on more specific work at a point of the year when I wouldn’t normally get that opportunity.

I was on the podium for an intermediate sprint competition in Tour du Limousin, I was in a breakaway there and in Tour of Poland. I’ve been able to build on 2019. 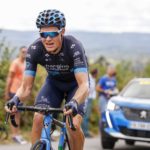 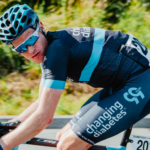 What are some of the specific stuff you worked on?

I came into cycling with a relatively decent engine. That’s always where I would default to. I was able to use this time more to work on fine-tuning. Usually from April to June we’re going race to race and not getting feedback on training so because of everything shutting down this year, I could work on my 5 – 10 minute power. I could work on it more intensely and get the feedback from my training sessions whereas normally in a race you’re riding to however the race is playing out whereas in your training you can ride more intentionally.  I could see where I was up to and what I needed to focus on.

How did you deal with the year off the bike?

It’s been a bit of a mixed bag. I was in the Isle of Man, we only had a partial lockdown, we weren’t restricted to time outside, so I used that time well. I used it to be with my family more than I normally would. But it got tough towards the second half of the season. I left home at the end of June and didn’t return until the start of November so it’s a long time away, especially when teammates were able to stay at home, I was unable to return because of the quarantine. It was difficult but it’s the sacrifice that comes with the racing. I wanted to do the best for the team and our mission to inspire, educate and empower everyone affected by diabetes so although it was hard to be away from home, I love this job.

Do you find these sacrifices a professional athlete has to make easy?

I wouldn’t say easy, but it’s part of the job. My brother and my sister-in-law had their first child in March in lockdown, so it was difficult to leave and miss that part, but the sacrifices are part of the job and I never look at them as a negative. That’s why I don’t necessarily like the word sacrifice because it sounds like you’re giving up something for something else, but this is such a short-term career that I want to make it as good as I can. So maybe they’re not easy but it’s a necessity.

To have this job and work for Team Novo Nordisk is amazing because it gives you that opportunity to show that the diabetes diagnosis isn’t the end.

The team is this amazing platform to share your stories and inspire others. It must be special to be part of?

When I was growing up, I never really had anyone to look up to in the same scenario. Not that I want to be a hero but I want people to benefit from my situation. I want them to know they can do what they want to do because we’re doing it. Maybe they don’t want to be a professional cyclist, maybe they want to be a doctor, I want them to gain positiveness and confidence from the fact that these guys are professional cyclists showing the world what is possible with type 1 diabetes. All I want every day is to change at least one person’s perspective. 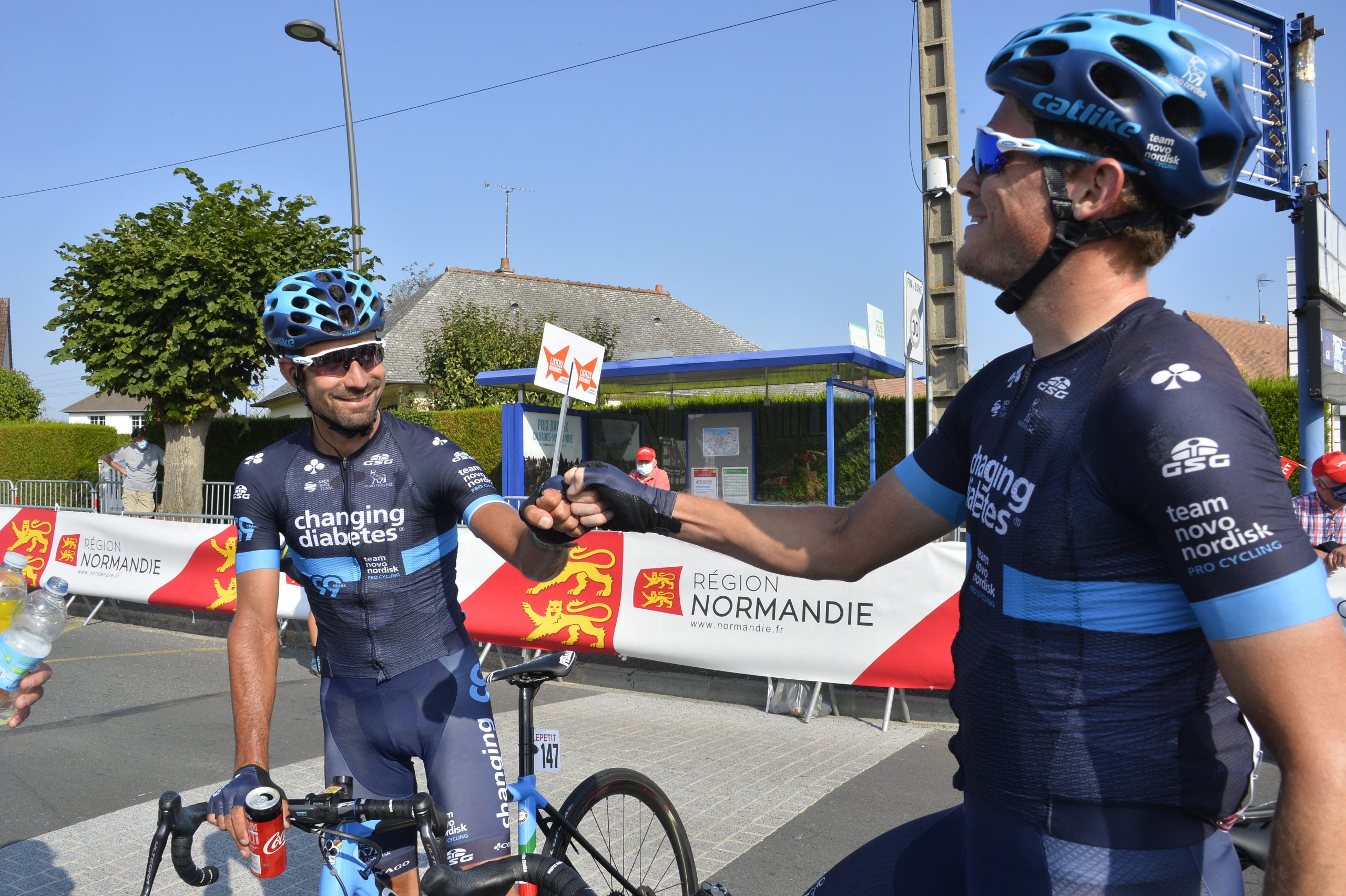 If I were to say to you, isn’t this just marketing talk? How do I know you really believe this?

Diabetes is the best thing that ever happened to me. It’s not just marketing. I was 10 years old when I got diagnosed and grew up so quickly. I developed a routine that helped me put tools in place. When I was 15 or 16, I was like a 30-year-old with my routine! I had building blocks of life that were built into me early on. I was able to develop as a person and understand what my body was doing.

How did your switch from triathlon to cycling come about?

I started triathlon in 2012 when I went to university. Before, I was playing football and had been doing some running – I was Isle of Man school’s cross-country champion twice in a row. When I went to university, I decided I want to use the routine I developed and that went hand in hand with triathlon. I had done a few triathlons as a child when I watched my dad at the world age group championships when growing up, so I’ve always been around the sport. I never actually tried cycling but when I went to uni I thought ‘’let’s see where it goes.’’

Within the first 12 to 14 months I qualified to represent Great Britain at the age-group World Championships which was in London. I finished the race and tagged Team Novo Nordisk in a post as I knew they had a triathlon set up. I asked to join the team in 2014. They asked me if I wanted to join the Development Team. I had done 3 years of a 4-year university degree and knew my parents would kill me if I dropped out now. If I realized what I had been giving up then or postponing and didn’t get the opportunity again, I probably would have kicked myself. Luckily the next year I finished second in the British triathlon championships and went to the Talent ID camp of Team Novo Nordisk. I thought it was more of a “I’m on the triathlon team and I’m just going there for support” but a month later I got an email to say there’s an invitation to join the team. I quit my job as a graduate in the UK and started on 1 January 2016 as a cyclist. It was my first real day on the bike.

Was it easy to quit and take up this opportunity with the team?

At the time, I wanted to go to the Commonwealth Games as a triathlete. I realized that I’m coming out of full-time education where I could train as much as I wanted and that I would have to self-fund the next few years to get to that point of freedom in training again. I realized how good the team set up was and knew I had the ability to make the pro team eventually. I believed in myself and always wanted to be a professional athlete. As a kid I dreamed of being an athlete – ok, it was football most of the time – but I grew up watching cycling and have always been involved around the sport.

What has been the best moment so far in this journey?

I remember at the start of 2018, my first full season with the pro team. I did Abu Dhabi Tour, a World Tour race as my first one. Then I did a one-day race in Italy and was on my way home for a break, then I got an email from the team saying “don’t stop training, you’re going to Milan San Remo in two weeks’’. I’ve done two races as a professional and I’ve just been told I’m doing Milan San Remo. It was a real pinch-me moment. I went from never racing a bike to participating in Milan San Remo, the longest Classics race, in less than 22 months!

What are your hopes and dreams for 2021 even though sometimes it’s hard to dream during these uncertain times?

I want to be on the podium. I want to take stage victories and support my teammates. I want everything that every professional cyclist wants. I feel like I’ve only just started to find my feet in the races. As a team, we win a lot before we even get on the bike but I want to show that we’re not a charity marketing team, we’re here to compete and get results. That’s my aim and ambition. I want to win a race. 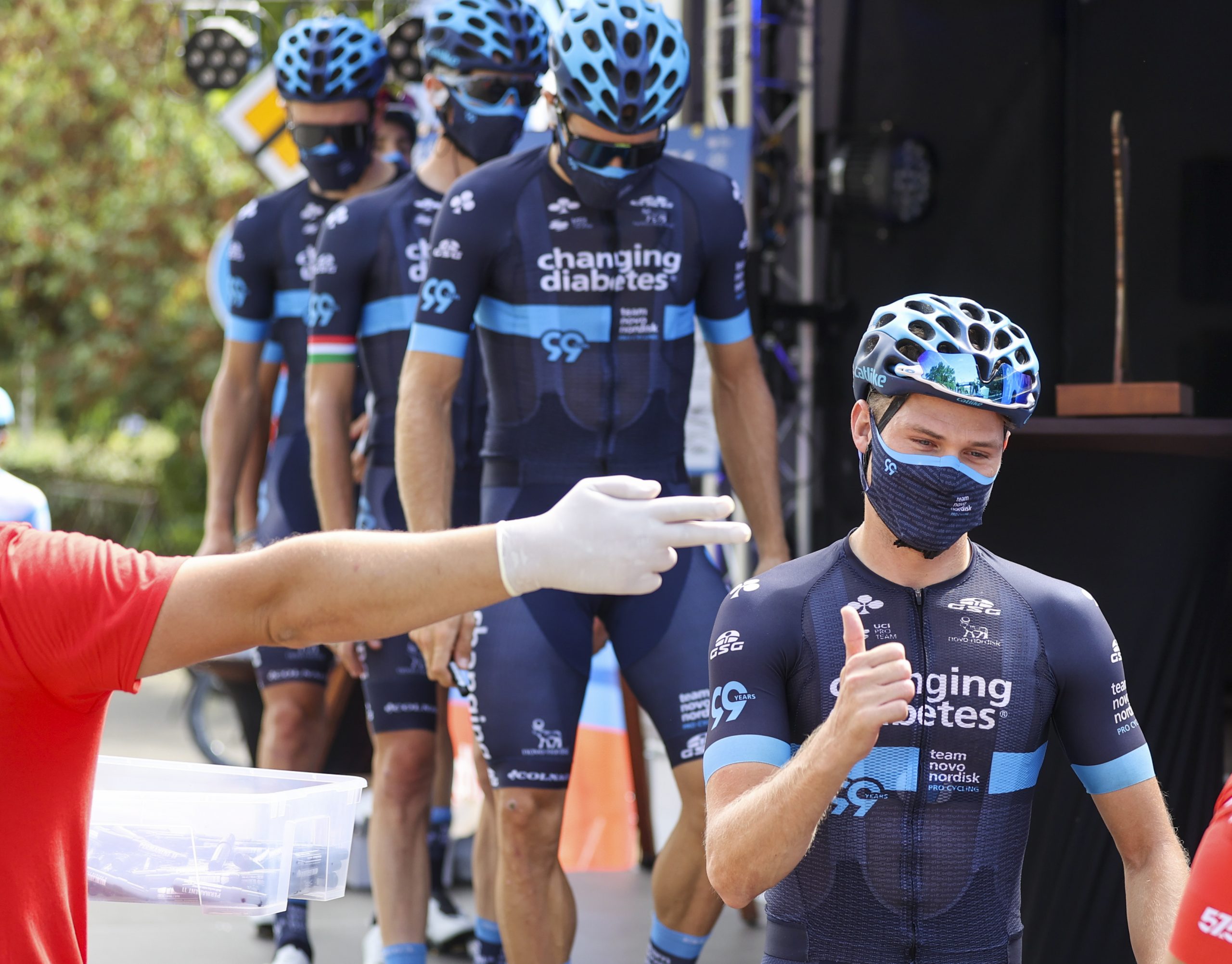 The future lies in youth for Team Novo Nordisk as Ceurens, Dunnewind & Ridolfo turn pro for 2022

Oliver Behringer: You’re on the same planet but it’s a different world.