Team Novo Nordisk’s Hamish Beadle first met Team Novo Nordisk in 2015 after he attended one of the world’s first all-diabetes annual Talent ID camps in Athens, GA. Based on his time at the camp, Hamish decided to switch from the track and has never looked back. Earlier this month, Team Novo Nordisk announced that Hamish would move up to the men’s professional squad for the 2020 season.

“Hamish came to us as a fearless kid, who was willing to fight for victory from Day 1. He has carried that attitude forward, and through each step, doubled down on his work ethic and willingness to make sacrifices on and off the bike so that he can continue to win,” Team Novo Nordisk CEO and co-founder Phil Southerland said. “He has a bike racer’s instinct and can read a race well. Over the past season, he’s made big strides in his climbing, breakaway prowess and diet while continuing to have a superfast finish. I look forward to seeing Hamish as part of the Team Novo Nordisk’s family for years to come.”

Diagnosed with type 1 diabetes at only three years of age, Hamish doesn’t remember life without the condition. He grew up in an active family, and both his father and brother raced bikes. By age eight, he was already competing. As a junior in New Zealand, Hamish earned rankings on both the national and international track level. Additionally, he and his teammates set the New Zealand national record in the U17 team pursuit and U19 team sprint.

Hamish is part of a long line of athletes that Team Novo Nordisk discovered through its annual talent ID Camps. The team brings in youth with type 1 diabetes from around the world to Athens, GA as an entry into the team’s development pipeline. Following the 2015 talent ID camp, Hamish decided to switch disciplines from the track to the road and has raced as part of the team’s junior and development squads for the past five seasons.

“One of the things that I love most about this team is the family atmosphere that we cultivate from the first day we meet these riders. Team Novo Nordisk is unique because we’ve known most of our riders since they were 15. By bringing new riders up to our pro team through our pipeline helps us build upon that supportive environment,” Southerland said. “When Hamish moves up to the pro team, he will rejoin many teammates that he raced with as part of the development team. This supportive relationship makes the transition to the pro peloton easier because they share their wisdom and mistakes, so Hamish’s step up will be that much smoother.” 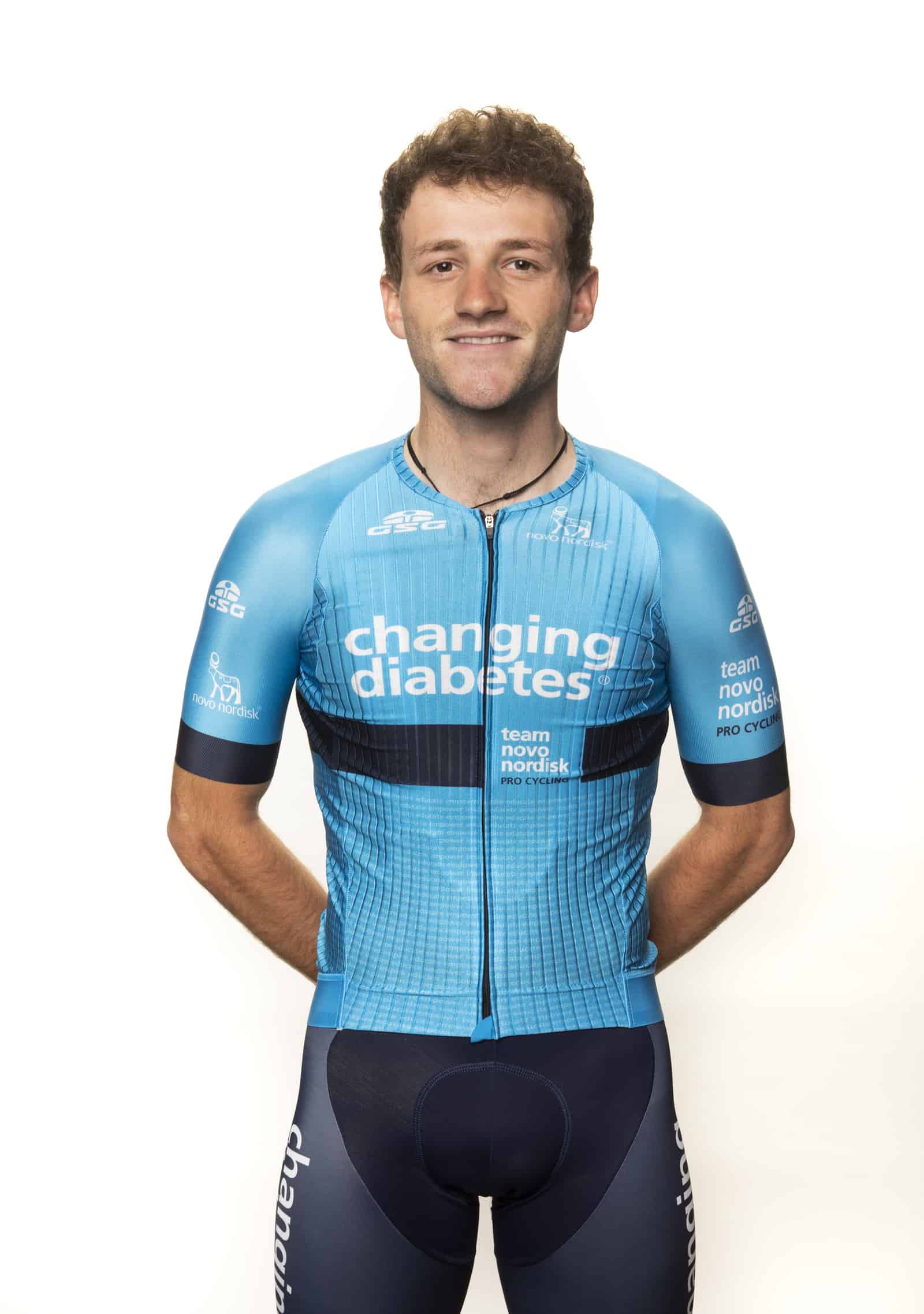 For Team Novo Nordisk, this showcases the strength and value of the team’s development programs.

“Over the past season, we have seen strong and consistent improvement from Hamish. He has made significant growth since joining our program and he’s ready for this big step up,” Team Novo Nordisk General Manager Vassili Davidenko said. “Hamish has shown strong character and possess a great deal of determination, willingness to learn, and drive to become a better rider and great teammate. He will be guided by our experienced coaches and sports directors to make this transition to the pro level a successful one.”

“It has been a dream of mine for as long as I can remember to race professionally for Team Novo Nordisk. To pull on a jersey for a team with a mission as special as ours to inspire, educate and empower everyone affected by diabetes is an amazing honor,” Hamish said. “I’m heading to the pro team aiming to be a sponge and learn as much as possible from our veteran riders and experienced staff. I know that now is when the real work begins, and I am focused on keeping a strong, healthy mind while improving physically both in training and recovery. I am looking forward to our first training camp; I think that’s when all this will actually feel real.”

But cycling isn’t Hamish’s only passion. He also is a talented artist. Learn more about Hamish and see some of his artwork here.