In seven stages over 1000km, exchanging the cold surf of the Tyrrhenian sea for the calm waters of the Adriatic, the world’s first all-diabetic professional cycling team fought for and earned a spot in three race-changing breakaways to bring a message of inspiration, education and empowerment to the more than 450 million people around the world affected by diabetes.

Charles Planet, Romain Gioux and Joonas Henttala all found the teamwork and support of Javier Megias, David Lozano, Fabio Calabria and Martijn Verschoor each and every day among the more than 175 professional cyclists at the starting line.

Television viewers from more than 125 countries watched live as the riders left the Appuan Alps and crossed the Appenine Mountains and the snows of Alto Lazio before Tuesday’s promenade along the streets of San Benedetto del Tronto.

Australian Rohan Dennis won the final time trial in just over 11 minutes. Colombian Nairo Quintana held on to the leader’s blue jersey to win the overall classification for the second year, with a cumulative time of 25:26:27.

“It’s a really hard race at Tirreno-Adriatico. It’s the World Tour, and it’s one of the biggest races in the Spring, We came here with the objective to get in the breakaway and to race at a high level in order to prepare for our primary goal at the Tour of California and other races later in the season. We achieved three breakaways, which is really good for the team, and we finished with really good form for the next races.”

“Tirreno-Adriatico is a unique race, because it’s still very early in the season and many teams bring their very best riders. For our guys the objective was to be in at least two breakaways this week and I’m happy to say ‘mission accomplished’. For the riders and staff the whole week was excellent teamwork to stay focussed and at the front. Now we take a few days to rest and get ready to come back and race again at Milano-Sanremo” 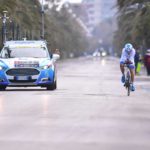 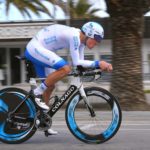 Henttala Shows the Changing Diabetes Jersey in the Tirreno-Adriatico Breakaway