ZAGREB, CROATIA — Javier Megias punched his way to the front on Sunday in the final stage at the Tour of Croatia, finishing with the lead group of elite riders in the historic center of Zagreb.

Megias finished 19 seconds behind stage winner Sacha Modolo of Italy, moving up in the final classification to 15th overall after a week of punishing race action around Croatia.

Sunday’s stage six began just at the border with Slovenia, and Team Novo Nordisk sent Australian rider Chris Williams into the main breakaway early on the day, joining a fast group of 15 over the rolling hills into Croatia’s capital city. With the General Classification competition narrowed down to just a handful of seconds for the top three podium spots, leading teams were nervous and reluctant to allow more than two minutes advantage on the approach to the finish.

On the city circuits Williams finished his duty for the day and watched as his teammates moved to usher Megias towards the front for two laps on the cobblestone climbs in Zagreb. Modolo won ahead of his own teammate Jan Polanc of Slovenia and Boy Van Poppel of the Netherlands. Italian Vincenzo Nibali won the overall classification in the 2017 Tour of Croatia by eight seconds.

Team Novo Nordisk returns to racing at the beginning of May for the Tour of Azerbaijan.

“We are on our way to California with this group of riders, and in Croatia we saw Verschoor and Megias improve their overall fitness and race sharpness. The rest of the riders came together with good teamwork in spite of difficult conditions, with rain, long transfers and some very cold days for this time of the year.”

“The whole team was fighting today to get into the breakaway, so finally when Chris got in it was really good. The race was really hard when we got into the laps, but everybody was at the front in a good position working for Javi and Charles, and that was fine. I was off the bike for three weeks with an injury, so for me coming to Croatia was a lot of questions and now I feel pretty good with the answers. Our big goal is California, and we are racing good to get there.” 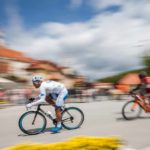 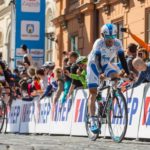