Saturday’s opening stage of the Tour de Taiwan was held on the same course as the previous two editions and included two straight sections through downtown roads and a technical cobblestone section in the final 500 meters before finishing in front of the Taipei City Hall.

From the start, Team Novo Nordisk road captain Chris Williams kept the five-man squad organized and covering any threatening breakaway attempts. Throughout the 83-kilometer race, there were constant attacks, but nothing substantial escaped. On the final lap, the team formed ahead of French sprinter Quentin Valognes for the finish. Kamstra was in final lead-out position when a large crash took down several riders including Valognes. Kamstra was ahead of the crash and was able to finish in 10th position.

“We knew that it would be a fast, unpredictable race. Our goal was to control every dangerous breakaway and bring Quentin into the best position before the cobbles and final three turns in the last 500meters. On the final lap, they were in perfect position, and when I saw them coming into the sharp right-hand turn, there was a crash on the slick cobbles. Unfortunately, Quentin got caught in it but luckily had no serious injuries, only a bit of road rash. At the end of the day, I feel the riders executed our goals well and had solid teamwork.” 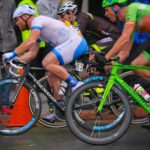 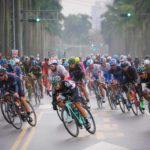 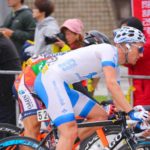 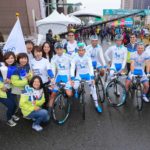 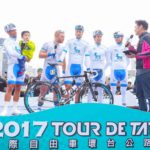