Lozano Sprints to Second on Stage 3 of Tour du Rwanda

Tuesday’s 195.3-kilometer stage began in Huye and featured two intermediate sprints and four categorized climbs before finishing in Musanze. Nearly two dozen riders including Lozano escaped early into the stage. The large breakaway splintered as the race reached the second major climb and 10 new riders from the field bridged up.

Heading over the final climb, the break was down to around a dozen riders and with 15 km remaining, Lozano and five others escaped off the front. Julian Hellmann (Team Embrace the World) soloed to the win with Lozano taking second across the line.

The world’s first all-diabetes pro cycling team continues racing at the eight-day Tour du Rwanda on Wednesday. Stage 4 is a 135.8-km race that begins in Musanze and finishes in the lakefront city of Karongi.

“While in Rwanda, we’ve heard people say that our team won’t be able to compete because we race with diabetes. We hope earning another podium finish at this great race proves that not only can we compete but we should be taken seriously and are in the fight for the overall race win.

“I can barely put it into words; I’m so, so, so proud of David. He made the first break of 20 riders from the beginning, and despite battling stomach issues all day, he stayed mentally strong and went for it at the end. Second is the official result, but I see today as a major victory for this project. We are eager to keep fighting.”

“Today’s goal was to mark the guys who are a threat to me in the overall classification and I was able to follow all the right moves. This race is at altitude so at times it feels like there is no air in your lungs but the landscapes are absolutely beautiful. Before coming here, I never imagined how special a place Rwanda is.

“My head wants the win, and I will keep giving my all until my legs refuse to give anything more.” 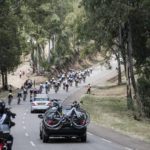 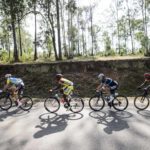 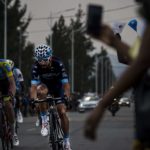