Henttala Moves to 8th Overall at Tour of Hainan

“I was determined to get in the break today,” Henttala said, “and get some bonus seconds to move up in the GC.”

After a few attempts, Henttala and six other riders managed to pull away. Henttla set his sights on the three intermediate sprints and was able to earn a valuable 4 bonus seconds.

“I felt strong,” Henttala goes on to say, “and I was able to sprint pretty well. There were some fast guys in the break, though. Following the final sprint with 80km, several of the breakaway riders dropped off, leaving just three of us. I took it easy from there until the peloton reeled us in.”

Once the break had been caught, the Team Novo Nordisk squad rode to protect Andrea Peron in the sprint, where he finished 15th place behind stage winner Ruslan Tleubayerv (Astana Pro Team). Henttala moved to 8th overall heading into tomorrow’s stage 3. 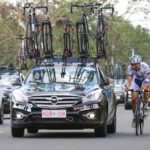 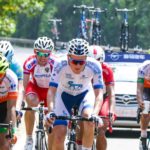