The 106.3-km stage was comprised of 88km of mostly flat terrain and a sharp climb with 18km to go. After 20km of racing, Verschoor and seven other riders managed to pull away and form the breakaway.

“I tried several times to get into the break,” Verschoor said, “and after 20km I finally succeeded. We rode fast and established a 4:00 gap. But all the GC teams where chasing us, and as we started the last climb, our lead was down to 2:00. It was cold and rainy today, and a GC day. ”

The break was finally caught at 7km go and as the riders started to battle the uphill finish. The peloton shattered inside the final kilometers, but Team Novo Nordisk stagiaire Rik van IJzendoorn was able to hang on with the first group.

Team Novo Nordisk, the world’s first all-diabetes pro cycling team, continues racing at the Tour of Taihu Lake on Wednesday with the 106.3-km stage 4 in Wujiang. 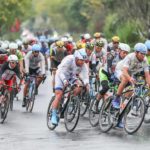 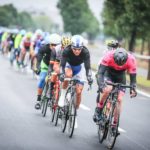 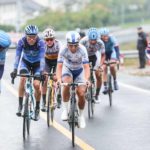