The 117.1-km got off to a fast start, and Williams and three other riders managed to pull away soon after the start gun. However, the peloton was eager to keep them within range and only granted the leaders a maximum advantage of 2:00.

“Today was the last flat stage of the year for me,” Williams said, “so I thought I should have a crack at a breakaway. The winds made it hard, and of course, Willier was always going to work to bring it back together for a sprint.”

The Team Novo Nordisk squad struggled in the sprint, where Jakub Mareczko (Wilier – Southeast) won his third stage of the race, and staigiarie Quentin Valognes finished best for the team at 32nd. 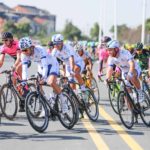 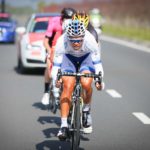