Race: Tour of Taihu Lake, A

Soon after the start, eight riders, including de Keijzer, pulled away to form the breakaway and managed to stay away until the group hit the climbs on the last 40km. On the final climb, 15km from the finish line, four riders attacked and built a 20-second advantage on the group.

“Today’s final stage was very hard,” said Team Novo Nordisk Sport Director Massimo Podenzana, “and unfortunately our guys were not able to arrive with the first group. But they also raced well today, and in general, all the guys worked very well. Most notably, de Keijzer showed significant improvements and Valognes, our stagiaire, showed the determination and the ability to to compete at this level.” 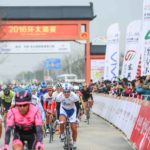