Verschoor Trys His Luck in the Tour de Beauce Break

Québec City, Canada — Saturday’s stage 4 of Tour de Beauce was comprised of 35 hilly laps through downtown Québec City. After the first few laps, a group of 12 riders, including Team Novo Nordisk’s Martijn Verschoor (NED) was able to break free. “We had a brutal stage today,” Verschoor said. “35 laps with a climb and downhill, and no time to recover.”

Verschoor’s group maintained a 1:00 gap towards the race’s halfway point, but a strong chase group, which included the yellow jersey, soon reeled them in and formed a new break of five riders.

Working in the first break had taken its toll on Verschoor, and he fell out of the front group, leaving the work to Joonas Henttala (FIN). Henttala aspired to chase down the leaders, but the break could not be caught and managed to stay away to the finish. Mihkel Raim (Cycling Academy Team) earned his stage win of the race, and Henttala finished best for TeamNovo Nordisk at 23rd, 0:23 behind Raim. 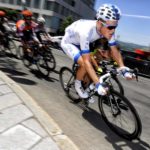 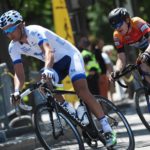