With two active breakaways in the opening stages, and dogged succession each day following, Megias and his teammates David Lozano, Joonas Henttala, Charles Planet, Martijn Verschoor, Andrea Peron and Chris Williams defended their positions and fought for the front across the hot summer fields and mountains of southern Poland.

Friday’s final stage was won by Wout Poels of the Netherlands, with the final overall classification going to Dylan Teuns, who is Belgian and from a rival team. The stage was a short, intense and hilly circuit around the Polish resort area known as Bukowina Tatrzanska (pronounced Buko-veena Tatra-zanska).

Tens of thousands of cycling fans, tourists and travelers stood along the roadside against a backdrop of dramatic mountain peaks and lush, green fields as Team Novo Nordisk raced at the Tour de Pologne against and among some of the top professional cyclists in the world. 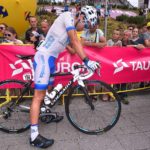 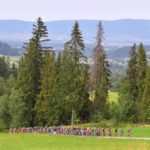 “Our goal was to be in the break every day, and we got two – for a World Tour race, a really hard race, that’s good and we’re happy. The race was really hard and we survived some great stages.”

“The Tour de Pologne in 2017 was our hardest race of the year, and the guys went good. Friday’s final stage was our single hardest day of racing of the year, and the team worked to keep Javi, David and Charles up on the circuits. It wasn’t as hot today as earlier in the week, and we’re all looking forward to the Arctic Tour in Norway next.”