Nykobing Falster, Denmark — Saturday’s individual time trial was a 19.1-kilometer race around the picturesque waterfront city of Nykobing. Team Novo Nordisk’s riders tackled the race against the clock on their Colnago K-Zeros under blue skies and gusting winds.

“The wind played a bigger role out on course than I expected during recon. It was a tailwind at the start, after about 10 kilometers, it switched to a crosswind and the finish was a complete headwind.” 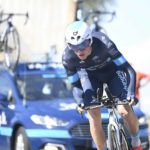 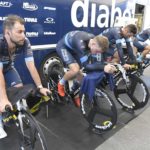