Vejle, Denmark — Team Novo Nordisk showed its trademark fighting spirit on the queen stage of PostNord Danmark Rundt with an outstanding performance from Umberto Poli. The 22-year-old Italian successfully made the day’s three-rider breakaway, after chasing solo for 20 kilometers, showing the Changing Diabetes colors at the front of the race for more than half of the stage, before teammate Charles Planet finished in a solid 24th place in the demanding finale in Vejle.

As soon as the flag dropped several riders attacked and tried to break clear. Team Novo Nordisk was eager to get in the mix and Poli and Joonas Henttala both tried to make the breakaway early on but both moves were closed down.

Ultimately, Fridtjof Røinås (Joker Fuel of Norway) and Torstein Træen (Uno-X Norwegian Development Team) opened a gap of half a minute and the pelotoneased up. Sensing that was the decisive move Poli boldly launched a solo chase and pursued the leading duo for over 20 km in relentless windy conditions.

Our brave Italian successfully bridged to the front and the trio worked well together, opening a gap that expanded up to eight minutes before the World Tour teams took it upon themselves to set a vigorous tempo at the front of the bunch and proceeded to rapidly dig into the advantage.

With 90 km to go the escapees had only three minutes to spare and on the top of the second KOM of the day it was down to one minute.

With his job done and his reserves empty Poli was finally absorbed by the peloton with a little over 60 km to go.

The race was back together soon after and a flurry of attacks over the rolling terrain and exposed crosswind sections saw the peloton split into several groups. Charles Planet and Peter Kusztor did very well to stay in contention at the head of affairs. The decisive move can inside the 4 laps of the traditional finish circuit in Vejle with six riders forging ahead, including Danish track champion Lasse Norman Hansen (Corendon Circus) who went on to take the stage win.

Charles Planet showed that he still carries great form after a brilliant performance at the Tour of Poland earlier in the month and powered to a top-25 placing. The result enabled him to climb to 30th in the overall classification with two days of racing left to go.

This Saturday the world’s first all-diabetes professional cycling team continues to race on Danish soil in the 175 km-long stage 4 that will start in Korsør and finish in Asnæs Indelukke.

“Today was the Queen Stage in Tour of Denmark and in the team meeting we laid the plan to be in the breakaway as our first goal. The second objective was to work for Charles (Planet) and Kusztor in the final circuit. It was really hard to go in the breakaway but after 15 km two riders attacked and were gone. I chased full gas for 20 km all by myself to catch them. I’m really happy with my performance today. The peloton caught me with 60 km to go and I finished the stage in the gruppetto. I’m so dead right now but I hope to recover well for the final two stages.” 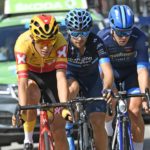 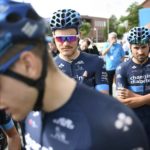