Copenhagen, Denmark — Team Novo Nordisk concluded the 2019 edition of PostNord Danmark Rundt with a valiant breakaway performance from Umberto Poli and a solid top 15 result on the final stage in Frederiksberg by Andrea Peron.

Poli, who rode strongly in the breakaway on stage three, went on the attack early on and successfully broke clear of the peloton with five other riders. The strong breakaway consisting of standout riders such as local star Mads Würtz Schmidt (Danmark) quickly opened a gap and with 150km to go they rode three minutes and 45 seconds ahead of the bunch.

As the race entered the final laps of the closing circuit in Frederiksberg the peloton had shaved the advantage to the escapees to a little more than a minute. Poli was caught with four laps to go and Team Novo Nordisk shifted the focus to setting up Andrea Peron for the sprint. On the final lap the 30-year-old Italian was ideally positioned in the first 15 in the peloton and was gunning for a top result. Unfortunately in the last corner before the finishing straight Peron was cut off and lost ground. In the end, Team Novo Nordisk’s key sprinter, who has two top 10 results in World Tour races to his name this season, had to settled for a 14th placing on the line.

The stage honors went to Tim Merlier (Corendon Circus) while Niklas Larsen (Team ColoQuick) won the overall classification. Charles Planet finished safely in the peloton and kept his 23rd position in the GC.

The world’s first all-diabetes professional cycling team concluded its seventh consecutive PostNord Danmark Rundt with an overall solid performance and it’s best result since the 2013 edition of the Danish Stage race when Charles Planet finished in 10th position on the penultimate stage.

“I was very happy to make the breakaway for the second time this week. I really wanted to race at the front on this final stage and am really proud of how the legs reacted after the great effort two days ago. The breakaway was very strong but we knew we would be caught inside the final circuit. Right now I’m completely dead but happy that I was able to do my job and show our jersey at the front. I hope I inspired people who live with diabetes!”

“It was a good Tour of Denmark for the team and myself. I’ve been in the breakaway several times this season but in this race I was going more for a stage result and I achieved it. After Stage 3 I was really sad and disappointed about the result because I had a lot of bad luck with mechanicals at crucial moments so I was keen to do much better the day after. Then I confirmed that I have the legs for top 10 in a brutal stage. The team was twice in the breakaway with Umberto which is very important because we get to show the jersey on tv in front of our fans and our title sponsor. The team was also fantastic all week to protect me and Andrea and we are happy with our performance this week.” 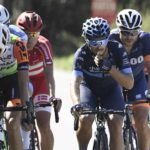 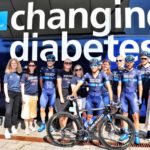