On the 186-kilometer day, Clancy’s four-man breakaway stayed away until they reached the slopes of Jebel Hafeet, an 11-kilometer climb featuring gradients of 11 percent. As the race hit the base of the climb, the peloton splintered with Rui Costa (UAE Abu Dhabi) and Ilnur Zakarin (Team Katusha Alpecin) battling it out for the win. Costa out sprinted Zakarin and moved into the overall race lead.

“The break went pretty early. It helped that we had the numbers up front covering all the early attacks. Luckily, the one that I put in stayed away,” Clancy said. “With the strong winds, it was good to be out front to avoid the nervousness after I had a crash in the crosswinds and sands back in Dubai three weeks ago. Being only four riders, we had to do a lot of work up front but everyone did their turn and it was an honest and fair breakaway.”

Team Novo Nordisk, the world’s first all diabetes pro cycling team, concludes racing at the Abu Dhabi Tour on Sunday with the race’s final stage. The 143-kilometer stage features 26 laps around the Yas Marina Formula 1 circuit. The 5.5-kilometer circuit has wide roads and large, sweeping bends with a final 250-meter straight, flat run into the finish. 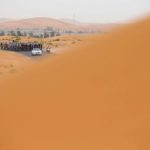 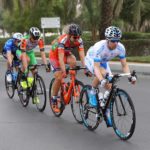