San Remo, Italy —Team Novo Nordisk’s Italian neo-pro, Umberto Poli, rode in the main breakaway at the 108th edition of Milan-San Remo. The 20-year-old Venetian-native only received the news that he would be racing at the Monument on Wednesday. The 293-kilometer race is the longest one-day race in the world.

“It was an amazing day. Just two days ago, I called the youngest rider on the team and added him to the roster. He thought I was joking when I first called him,” Team Novo Nordisk’s Senior Vice President Athletics & GM Vassili Davidenko said. “He ended up getting into the breakaway and not only does he race with diabetes but he was the youngest rider in the entire peloton.”

Saturday’s race began under clear, warm skies. Several Team Novo Nordisk riders lined up near the front, and within moments, Umberto Poli attacked and nine riders followed. The 10-man breakaway was kept to a manageable gap throughout the race. As they reached the Cipressa, the group splintered and all escapees were reeled in.

“When this opportunity was presented to me on Wednesday, it was amazing. Then this morning, I met Ernesto Colnago at the start, and he said to me, ‘You are young. Attack! Go in the breakaway,” Poli said. “We knew that we didn’t have a rider for the top 10 or top 20, so we focused completely on the breakaway. All the riders worked well together in the break, and after about 235 kilometers, Massimo [Podenzana] recommended that I focus on recovering for the climbs. I listened to Pode and dropped back so I could save my legs, get over the two climbs and survive this nearly 300-kilometer race. When I finished, I was so extremely tired, but I feel so incredibly happy.”

As the peloton summited the Poggio, race favorite Peter Sagan (Bora-Hansgrohe) attacked and only Julian Alaphilippe (Quick-Step Floors) and Michal Kwiatkowski (Team Sky) could grab his wheel. The trio battled it out on the descent into San Remo and with a chasing peloton bearing down the former world champion Kwiatkowski took the win.

“Umberto raced over 250 kilometers in the break, and that is absolutely amazing. I’m so proud of him and this serves as another sign of the growth of our team,” Davidenko said. “He came from our Talent ID program and raced on our development team. We have watched him grow and develop, and I truly believe he has a bright future in cycling.” 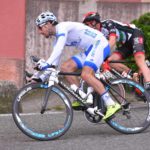 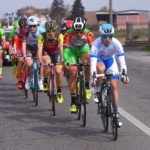 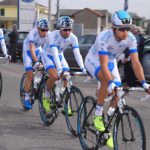