San Remo, Italy — On Saturday, Team Novo Nordisk’s Charles Planet rode in the main breakaway at the 109th edition of Milan-San Remo, which puts a rider with diabetes in the break at the longest one-day race in the world for four consecutive years.

“I have absolutely no regrets; it is a great day when you achieve your goals and end with no regrets,” Planet said. “Now in my fourth San-Remo, I have more experience and I could see when the right move was going. After about 10 kilometers, I saw a good move and we got away.”

The 291-kilometer race began in torrential rains and with minor flooding in Milan. Team Novo Nordisk’s primary goal was to put a rider in the break, and it was the 24-year-old Planet who made the nine-man front group. The rain stopped after 80 kilometers, but as the peloton descended the Turchino, it began to pour heavily again on the riders.

As the peloton summited the Poggio, Jempy Drucker (BMC Racing Team) attacked, but he was quickly reeled in. Italian Vincenzo Nibali (Bahrain-Merida) launched the next move and gained a 10-second gap. An elite front group attempted to chase him down but his gap held as they went into the final kilometer. It was an extremely close finish, but Nibali held on to take the win.

Team Novo Nordisk’s David Lozano finished as the team’s best placed-rider in 65th position, 2:23 behind Nibali. The result shows a notable overall improvement for the team.

“For me, the weather wasn’t a problem. I trained so hard since the Abu Dhabi Tour hoping that I could make this break. I did seven hours in the rain, and I was super motivated. It isn’t just me that is stronger. This is the second year that the whole team finished the race. We have a really strong team, much stronger than before.”

Charles spent 250km of 291-km Monument in the breakaway. 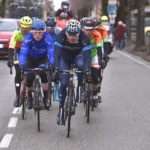 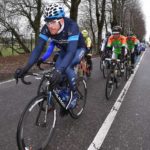 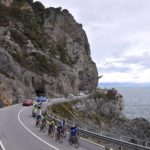