I always say that, “diabetes is the best thing that’s ever happened to me” and here’s why: it gave me a community, a team, a family and more over something above anything to fight for. I want to use my platform to change the lives of everyone affected by diabetes. Everyday I step on the bike it’s through the commitment and inspiration I get from our incredible community.

Turning professional with Team Novo Nordisk back in 2018, 30-year-old Sam Brand has continued to develop and cemented his place as a key member of the team. On board for 2022 and looking to push onto the next level, the Manxman had a solid 2021 season, racing over 7,000km and achieving personal goals at Milan-Sanremo and the Tour of Denmark.

2019 was a breakthrough year on the bike and yielded some impressive results including wearing the King of the Mountains jersey for one stage at the Tour of Estonia and eventually finishing second overall in the mountains classification, finishing 16th overall at the Tour of Taihu Lake and laying down strong rides at WorldTour races including Milano-Sanremo, Amgen Tour of California and the UAE Tour.

Following a strong showing with the development squad, Brand debuted in the pro ranks as a stagiaire in August 2017 at the Larry H. Miller Tour of Utah, also known as America’s Toughest Stage Race. He credits being selected as a stagiaire as the result of extremely hard work, dedication and support from his friends and family. Based on his performances at the Tour of Utah, Colorado Classic, Tour of China I & II and Tour of Hainan, he received his first professional contract for the 2018 season.

During his first pro season, he represented the Isle of Man at the Commonwealth Games and successfully completed the longest one-day race on the UCI calendar, Milano-Sanremo after being added to the roster to the 300-kilometer race just days before.

Back in his final year of primary school, Brand experienced the usual diabetes symptoms and was diagnosed with type 1 diabetes at age 10. Brand’s friends, family and medical team were very supportive of him returning to football, basketball and all the other activities that he loved. He says his diagnosis had no negative impact on his childhood and is grateful for how his family and surrounding community handled the adjustment.

Throughout high school, the Isle of Man native competed in a variety of sports. His father competed for Great Britain at the triathlon age group level, so the younger Brand soon started competing in local triathlons. It wasn’t until his first year at university that he took the sport seriously. He quickly excelled and within a year found himself representing Great Britain at the 2013 ITU World Championships. 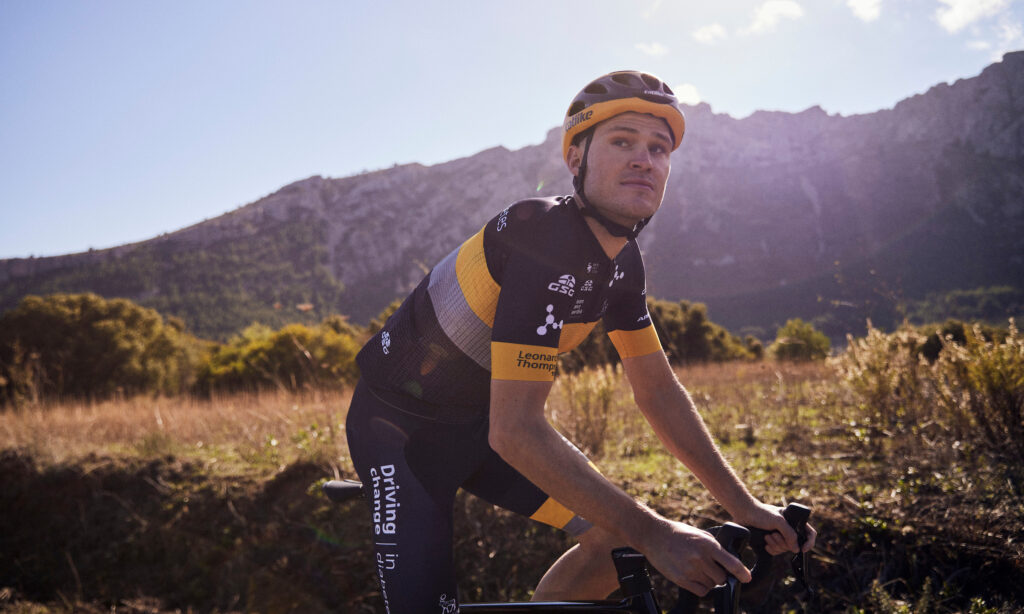 I was diagnosed at the age of 10, midway through my final year at primary school. I had recently come back from holiday and fell unwell. I had the usual symptoms (although unknown to me at the time); I was drinking a lot and spending the rest of my time to and from the bathroom.


What was your initial reaction?

I was young, and I didn’t really know what was going on. I had never heard of diabetes, and there was an awful lot of information to take in.


My family, friends and fellow athletes were great, and they never treated me any different. I was encouraged to continue the sports I loved. All of my friends and family were learning as much as I was.

At the time, I was fairly young; my sports career was limited and hadn’t taken off. I played football, basketball, as well as competed in both athletics and triathlon.

Throughout high school, I played all the sports I could. I loved it!

In my senior year, I raced at national level cross-country. And triathlon was a sport that I was introduced to through my father, who competed for Great Britain at age group level. I had raced a few children’s triathlons pre-diabetes diagnosis and a couple in my teenage years post-diagnosis, but it wasn’t until I reached university that I decided to take up triathlon seriously.

I started to compete seriously in 2012, during my first year of University but had always competed in other sports from a young age.

When you first started competing, did you tell anyone (teammates/coaches/trainers) about your diabetes?

I told my coach. That was all. As I got to know more people on the team, and as our friendships developed, I told them as well. I had nothing to hide and didn’t find an issue in telling anyone. It isn’t something I actively hide, I am proud of it.

For me, it’s qualifying to race for Great Britain (AG) at the 2013 ITU World Championships.

During the ITU World Championships, I was able to compete in front of family and friends. That’s a great memory.

I was contacted via social media and asked whether I was interested in racing for TNN. From this, I came into contact with a team member who was happy to give me a few moments to answer a question or two. Eventually, I was contacted by the team and asked to complete an application form. The rest is history.

Since I’ve only just joined, I haven’t yet felt the full impact. But from the help and support to date, I can’t wait to become more involved.

I love to be outside, with my camera and spending time with family and friends.

It feels so long away but I would love to be involved in sport in some form- maybe coaching to help others get their full potential out of sport.

← Mehdi Benhamouda
Robbe Ceurens →
back to pro team
We use cookies on our website to give you the most relevant experience by remembering your preferences and repeat visits. By clicking “Accept”, you consent to the use of ALL the cookies.
Cookie settingsACCEPT
Manage consent