Shanxi, China — David Lozano concluded the inaugural edition of Tour of Taiyuan as the King of the Mountains. The 30-year-old Spaniard seized the KOM jersey on stage one and defended it successfully until this Friday in Shanxi where he finished safely in the bunch thereby securing the 8th position in the General Classification.

As the 100km closing stage had no KOM points on offer Lozano simply had to finish the 100km parcours to guarantee the victory in the King on the Mountains Classification. Team Novo Nordisk rode strongly collectively to avoid any mishaps and keep Lozano safe until the end.

Four riders animated the stage by escaping after 50km of a lively and attacking racing but ultimately were caught with 4km to go. The stage win was decided in a bunch sprint with Martin Laase (Team Illuminate) proving once again that he is the fastest man in this edition of Tour of Taiyuan by powering to his fourth victory in the race.

In the hectic finale it was Italian Umberto Poli who was the best Team Novo Nordisk rider on the line, taking a 19th place in the stage.

For David Lozano, this is the second top 10 result in the overall classification this season after he finished Tour of Rwanda in the sixth position.

American Cameron Piper, who took the Yellow Jersey in the opening stage, finished safely in the bunch and comfortably won the overall classification.

The world’s first all-diabetes professional cycling team returns to action in June for the upcoming Tour of Slovenia.

“Tour of Taiyuan was a really great race. We had mountain stages, flat stages and breakaway stages. We had the opportunity to start in epic locations such as really cool temples and overall it was a nice experience to race here after California.

I’m pretty happy how the race went because top 10 on the GC and being the King of the Mountains from the first to the last day is really good. I have to thank all my teammates here. A big part of this result is thanks to them who always protected me and kept in in a great position.

The stage today was really crazy. We tried to attack to put pressure on the other GC guys and take some seconds at the sprint but it was a real chaos. A break finally went after 50km and we rode safely to the end.” 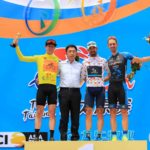 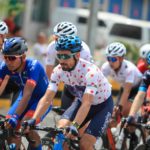