Farroupilha , Brazil – The fifth and final stage of the Rio Grande do Sul began and ended in Farroupilha. Team Novo Nordisk set up to attack right away, and Corentin Cherhal (FRA) escaped into the first breakaway of the day, which was caught quickly. Chris Williams (AUS) joined the second breakaway attempt, which stayed away until the final 25km.

“Our goal was to set up Joonas Henttala in a good position for the last climb to battle it out for the general classification,” Team Novo Nordisk Sport Director Pavel Cherkasov said. “And did a good job of putting a rider in every risky breakaway and protecting Joonas until the climb. Our team executed all of its planed tactics and set up Joonas for the climb. In the end, Joonas tried to fend off the leaders, but wasn’t able to keep up with the splintering front group and finished 26th.” 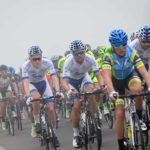 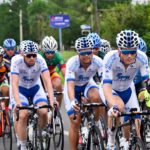 Henttala Holds On To 8th in G.C. at Volta Rio Grande do Sul