Talented Italian climber Filippo Ridolfo began racing with the Team Novo Nordisk development team towards the back end of 2020 and impressed enough to earn a contract for 2021, he didn’t stop there. An impressive debut season saw him achieve standout results at the Five Rings of Moscow and the Tour of South Boheme and earn a stagiaire role with the pro team for the CRO-Race in Croatia. The team’s final race of the season. Ridolfo took his chance and earned his first professional contract for 2022.
Hailing from the northern Italian city of Udine, 19-year-old Ridolfo has a younger brother Lorenzo and enjoyed an active childhood and played hockey at an early age before discovering the bike, thanks to a cousin at the age of 8.

In 2014, after starting to compete in local junior races Ridolfo began to experience problems with tiredness and fatigue, unable to finish races and suffering from out of the ordinary dehydration Ridolfo went for tests and was diagnosed with Type 1 diabetes. He was 12-years-old.

The only person in his family with diabetes, Ridolfo was shocked and saddened at first before discovering that with the right management and a healthy lifestyle he could return to a good level on the bike and pick up where he left off.

After attending a Team Novo Nordisk Talent ID camp in 2019 it was clear that the young Italian had talent and with an agreement to join the development team once he had finished school, Ridolfo finally managed to pull on the team jersey in earnest in 2020.

Taking part in the Tour of Mevlana in Turkey in September 2020 along with a series of Turkish one day races, Ridolfo performed well, helping his teammates to some solid results overall and gaining some valuable experience ahead of the 2021 season.

Off the bike Ridolfo enjoys spending time with family and friends, but loves the bike too much to stay off it for long. 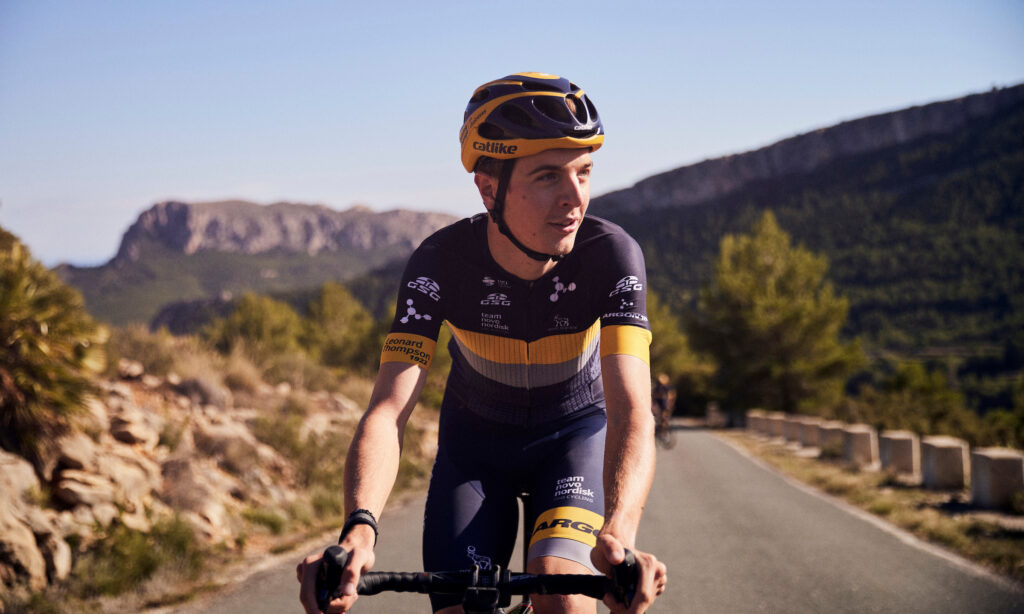 ← Umberto Poli
Hamish Beadle →
back to pro team
We use cookies on our website to give you the most relevant experience by remembering your preferences and repeat visits. By clicking “Accept”, you consent to the use of ALL the cookies.
Cookie settingsACCEPT
Manage consent