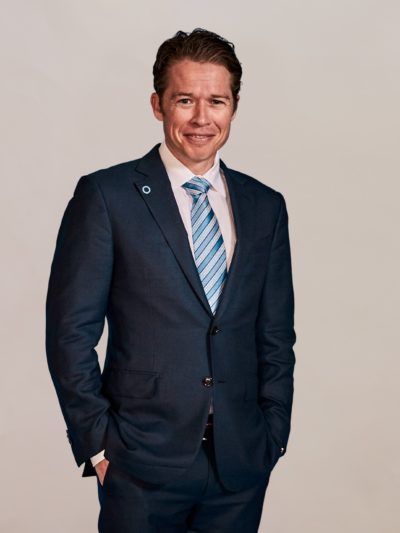 It is a blessing to serve the diabetes community.

I’m grateful for all the people who have believed in me over the years and I’m equally fueled by the doubters who continue to motivate me to prove how capable people with diabetes truly are.

Phil Southerland is a global ambassador for diabetes and is committed to educating and empowering the 1.2 billion people across the globe associated with the condition. He serves as the CEO and Co-Founder of Team Novo Nordisk, the world’s first all-diabetes pro cycling team that aims to inspire, educate and empower everyone affected by diabetes, and as President and Founder of the Team Type 1 Foundation, an Atlanta-based non-profit organization dedicated to instilling hope and inspiration in everyone impacted by diabetes.

Phil Southerland was born in Tallahassee, Florida and was diagnosed with type 1 diabetes when he was only seven months old, the youngest case of diabetes on record in the world at that time. His parents were told that he would be dead or blind by 25. Fortunately, they were stubborn, and Phil had access to insulin, a knowledgeable medical team, and the latest in blood glucose monitoring tools. At six, he had the dream not to go blind and a drive to reach the A1C results needed.

He discovered his love of the bike when he was 12. While attending the University of Georgia, he dreamed of combining his passion for cycling and his personal mission to raise awareness around diabetes. In 2005, Team Type 1 was founded, and by 2007 an all-diabetes cycling team not only won but set the world record in the 3,000-mile Race Across America. Under Phil’s leadership, the dynamic squad rapidly grew from an amateur team to more than 100 athletes spanning the globe to inspire and unite people affected by diabetes and ranked in the top 25 professional cycling teams in the world in 2012.

In late 2012, Phil and the team partnered with Novo Nordisk to create Team Novo Nordisk. The team is spearheaded by the world’s first all-diabetes pro-cycling team and features a development team, elite team, and one female professional track star, Mandy Marquardt.

Now in his mid-thirties, Phil has dedicated his life to redefining what it means to live with diabetes and is driving a global movement to show the world what is possible with excellent diabetes management and how exercise can save the health of the world.

In the nearly 15 years serving as a tireless advocate for the diabetes community, Phil has learned that change doesn’t occur overnight. Recognizing that it takes time to achieve significant results, Phil has built an organization designed around sustainability and dedicated to the long-term mission of giving everyone in the world affected by diabetes hope, role models, and inspiration.

Throughout his career, professional highlights include speaking at the United Nations on World Bicycle Day and addressing audiences at ADA and AADE to speaking to one person at an event in Boise, Idaho. For Phil, the value isn’t based on prestige as much as it is on impact. He is driven to make a difference in people’s lives and approaches it one person at a time.

Looking to the future, Phil is driven to diminish the divide between the type 1 and type 2 diabetes communities. Unifying the communities equals more than 400 million people living with diabetes, and if everyone stood together, Phil feels they could garner enough attention to force companies and governments to recognize the needs of this community.

To Phil, the bike has kept him alive for the past 25 years. While retired from professional racing, Phil regularly rides and still credits the bike for providing him with his continued health and sanity.

Phil is a dedicated and proud father to three boys with wife, Dr. Biljana Southerland. In addition to the bike, Phil is a passionate skier and deep-water scuba diver. He calls Atlanta, Georgia home and is a supporter of the High Museum. Phil is a former board member of Camp Kudzu, Hope Sports, and JDRF. He is a voracious reader and enjoys collecting rare wines and watches. Phil is the author of the book ‘Not Dead Yet’, which chronicles his life from early diagnosis of diabetes to professional cyclist and his mission to change the face of diabetes on a global scale.

← Alice Podenzana
Vassili Davidenko →
back to staff
We use cookies on our website to give you the most relevant experience by remembering your preferences and repeat visits. By clicking “Accept”, you consent to the use of ALL the cookies.
Cookie settingsACCEPT
Manage consent