Attacks flew from the start, despite more wet conditions, but it wasn’t until the first of the race’s three categorized climbs that a group of seven managed to pull away to form the day’s breakaway.

“Today was an epic day,” Planet said, “with strong, non-stop rain. The peloton started to split at the first KOM. I felt a bit better than last few days, and I was comfortable on the slippery descents. But even though I felt comfortable, I lost the contact with the first group on the descent of the 2nd KOM and had to chase for 25km to get back. I lost a lot of energy, but I eventually made it.”

With 25km to go, the leaders maintained an advantage of 2:30, and teams began attacking off the front in anticipation of the final sprint.

“From then on, it was hilly the whole time, with short a climb on the final, ” Planet said, “which turned out to be pretty a good final for me. We were a small group, and I sprinted for 7th place because six guys arrived, attacking with 5km to go. But I ended up 19th, which is not good, but not bad either. I’m just happy with the fight I gave today, because I went really deep to make this small group at the end. It was a really hard battle.” 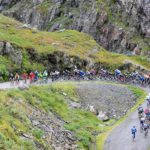 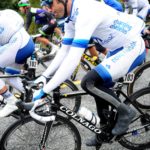 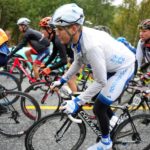