WANNING XINGLONG, CHINA – Team Novo Nordisk put two riders in the top 15 on Saturday at the opening stage of the Tour of Hainan.

Mehdi Benhamouda finished 9th in a mass sprint at the end of a fast circuit race on the southern tip of China’s Hainan Island, with teammate Umberto Poli right behind in 11th. The duo came to the front at the end of nearly two hours of racing at the beginning of the 9-day stage race.

Spanish rider Jon Aberasturi won the stage ahead of Italian Jakub Mareczko, with Australia’s Michael Freiberg a close third. All Team Novo Nordisk riders finished in the same time as the stage winner.

Bright sunshine and humid beach weather splashed down all day on the 127-rider peloton. A 4th category climb near the end of the stage could not break up the pack despite several late-race attempts to jump clear. Sunday’s 230km stage to Haikou will prove a much tougher test of the riders at the Tour of Hainan.

“Today was an important stage for the team to start the Tour of Hainan. Mehdi and I finished in the Top 15 thanks to good teamwork, now it’s important to recover because tomorrow is 230km.”

“Four riders got into a breakaway after 20km of attacks, and they stayed away until 15k to the finish. Our guys stayed fresh in the pack and worked according to the race plan. There were a couple of crashes but our guys avoided them all.” 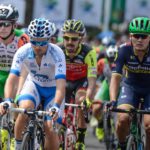 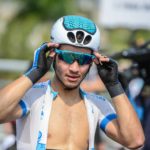 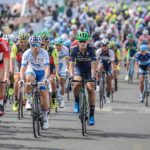 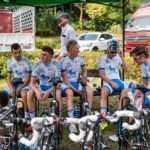